In the framework of the international project Erasmus + KA1, I attended a seminar in Lisbon in July 2017, my first experience in the field of individual mobility.

Individual mobility is a great experience for those professionals who want to upgrade their expertise, especially in the field of learning other languages, cultural heritage and the internationalization of the curriculum.

This course has been upon my expectations. It showed me a lot of practical methodts and ideas which are used in my group now. I tested and experienced the action methods on my own- that was the most amazing part for me. I concretly understood how emotions are connected with effective learning. The course radically changed my vision on teaching methods.They have prepared a very well-structured and organised course so that learning new action methods is perfectly combined with effective and pleasant activities, safety games and exercises that are very inspiring for both teachers and students. Apart from the presentations and workshops, the course involved interesting, special and challenging leisure activities, such as Dinner for two, European food night, Singing night, workshop on the beach, all of which contributed to the nice learning environent. We tried all kind of methods: theatre, outdoor activities, creative activities etc. and a lot of reflection after every activity. Our group of 12 people was amazing, full of love and support. The staff was very friendly and everyone in the group was actually taking part inall activities linked with the learning process.

I realized teachers can do a lot to improve the motivation level in the learning situation by setting a positive climate for learning, organizing and making available learning resources, balancing intellectual and emotional components of learning, sharing feelings and thoughts with learners but not dominating.

I was the only one from  the Pree-school and they showed great interest in my profile. Some exercises were adjusted to age 3-6 years. I use this methods in my work since then.The methods are simple, fun and creative .The methods is useful, easy to integrate in classroom activitie.

The trainers were open to everyone and they had a great knowledge about the topic of the course. I would like to participate in it again. I would recommend this course to every teacher who needs some new, simple, fun and creative tools in their work. 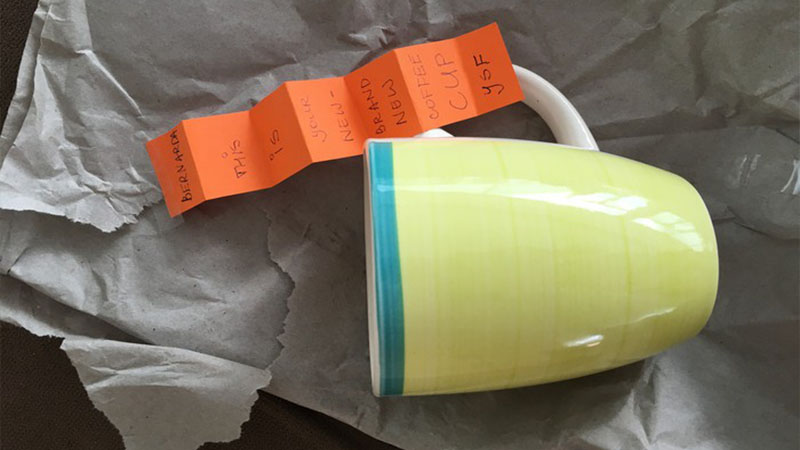 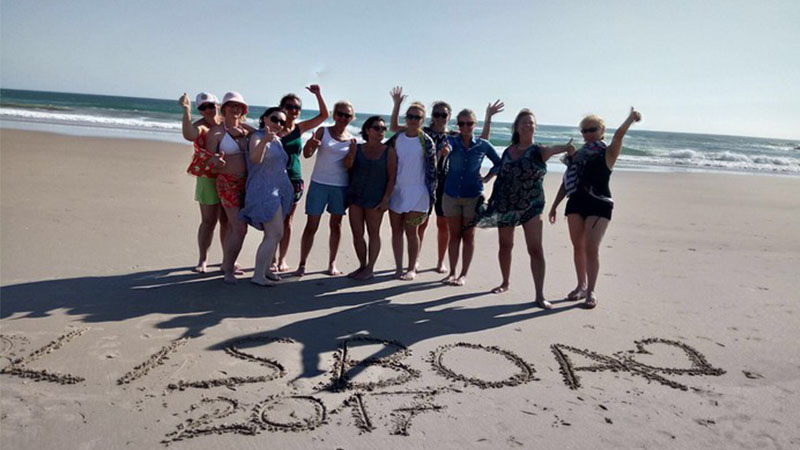 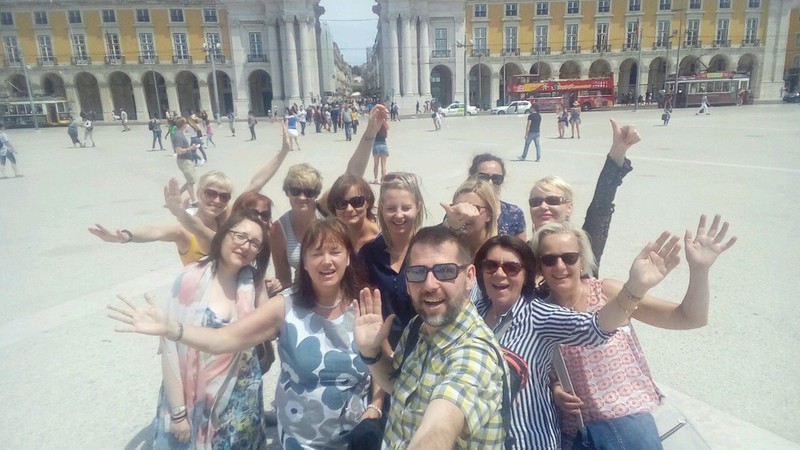 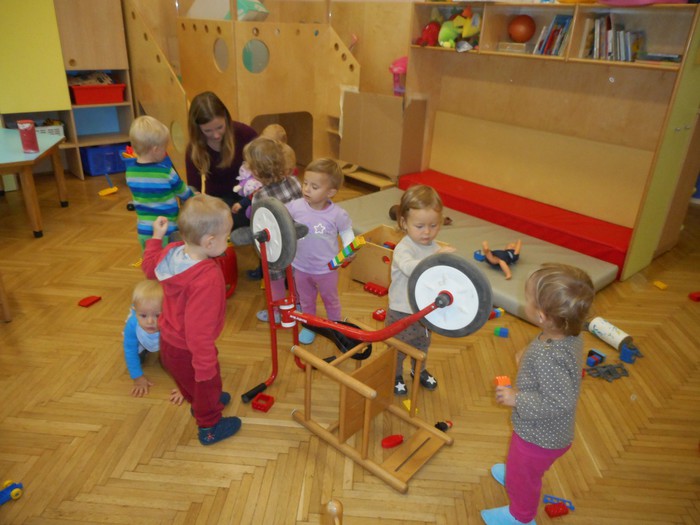 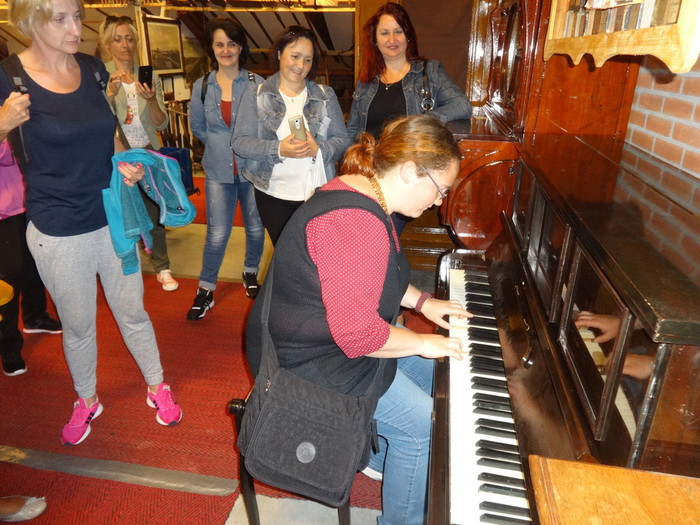 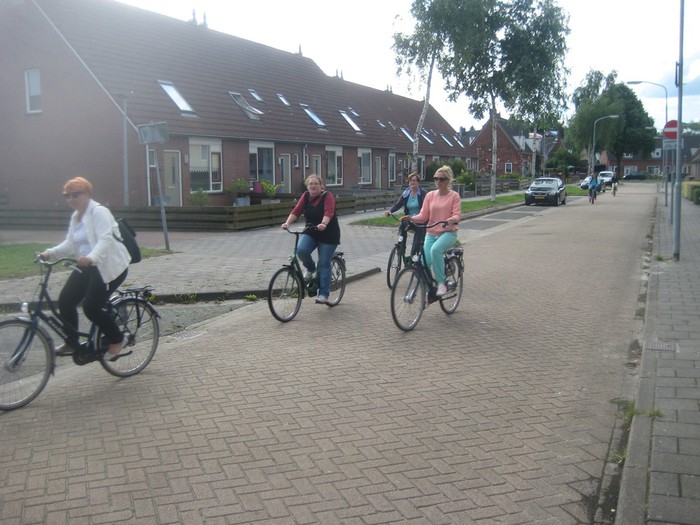 Slovenia is a small country in the central Europe. There are a bit over 2 million people that acknowledge Slovenia as their homeland on the area of 20.273 km2. It is most known for it’s outstanding diversity, whether it comes to landscape, nature or culture.

Through out the history, many different nations traveled and conquered this territory. There were tribes and nations from Mediterranean, Baltic and Scandinavia, that had often mixed with one another, therefore Slovenian nation has roots from all over Europe. The current territory of Slovenia was part of many different state formations, including the Roman Empire and the Holy Roman Empire, followed by the Habsburg Monarchy. The Amber road, ancient trade rout, ran through Slovenian territory and it left exceptional historical findings on our ground. Such as the world’s oldest instrument- neanthertal flute from Slovenian cave Divje babe (Wild babes) from 42.000 years B.C. Slavs started to settle on our land and brought their own culture with them and added theirs to ours. It was not until the 16th century that the first literary language occurred, however it was another three hundred years later that it became commonly used. Our greatest poet from that time is France Prešeren, who was strongly inspired by the folk tradition and wrote poems and ballads in the memory of Slovenian myths.

Precisely mythology in Slovenia, is the result of centuries of transformation and modification that are reflected through the narrative of mythopoeia. Most known mythological beings of our culture are: Kurent, Kresnik, Green George (Zeleni Jurij), Goldenhorn (Zlatorog), Svarog, Water sprite/Merman(Povodni mož), fairies- Sojenice, Rojenice, Bele žene, The Giants (Ajdi), Mermaids, Goblins and Dwarfs…There are also some magical animals, such as: Dragons, Golden birds Snakes, The white snake, The bird from paradise…

This rich cultural heritage is preserved well, because of the increased awareness that tradition is valuable and not only has a spiritual dimension, but can be used for practical purposes- commercial or entertainment. Narratives represent part of a nation's culture, and Slovene culture is especially diverse. Slovenes had to adapt to living in fishing villages and coastal towns alongside the Adriatic, making a living in the rough, stony world of the Karst, as well as on Alpine farmsteads high in the mountains, or in the Pannonian plain or on the poetically dreamy hills of Dolenjsko which are dotted with vineyards. Moreover, the territory of Slovenia lies at the crossroads of different cultures where diverse cultural streams have been meeting and influencing one another. If one looked back to examine Slovene ethnogenesis of the past one could recognize numerous ethnic shifts and mixings which have been transforming and enriching Slovene folk culture, and also folk narratives within this culture. What has actualy been preserved to the present days? Which of the beautiful Slovene fairytales are still being told today? Maybe the one about the stepdaughter rewarded for her kindness and good heart by supernatural beings while her stepsister, striving to obtain the same reward, receives punishment; or the one about Kresnik who kills a terrible snake; or the story about the robber Tolovaj Mataj, a penitent sinner who mourns his sins until dry sticks sprout green leaves again; about the Blacksmith who shuts death into his bellows; about Kurent who climbs to the moon; about Peter Klepec, a weak boy who miraculously receives incredible powers, whereupon near Vienna he defeats the Turks; about the Water Sprite who kidnaps a boy, but cannot manage to keep him in his domain in spite of all the toys made from precious stones, richess and sparkle - just as he cannot prevent an abducted woman from running away and leaving her own children behind, in his underwater castle; and what about the story of St. Anthony who brings fire from hell; maybe numerous fairy tales featuring creatures with dogs' heads (Pasjeglavci), or giants (Ajdi), or king Matthew (Kralj Matjazh); or the ones taking place in robbers' castles; or maybe fairy tales for children such as the one about Mojca Pokrajculja who sweeps a floor and finds a coin. With the coin she buys a pot and makes it her home. When it rains animals one by one come to the pot, asking for shelter, and she takes them in until the pot finally bursts. Then there are also numerous fairy tales about animals in which Godmother Fox and clumsy, hard-headed Wolf take precedence over other animals.

One of the most mysterious and fascinating characters is the Povódni móž-  The Water Sprite. He was portrayed as a large, green and scaly or hairy man living under water. People imagined him as being dressed in a green coat and having multicoloured trousers, a red hat on his head and either glass or silver shoes on his feet. He might appear looking like an old beggar, or even as a young man, a young boy or a boy dancing on water. In Pohorje, people imagined him rowing across a lake, wearing a belt, which he sometimes puts away on the shore, and the person who got the belt became very powerful (Majciger 1883, no. 7). The Water sprite is Said to live in an underwater castle, filled with jewels and valuables, and was superior to all the other water animals, mythical or material. Although Water Sprite was feared by the common people, he helped the ones,who were hardworking and honest.

It is no wonder, why he inhabited Slovenian waters, since Slovenia is one of the most water-rich countries in Europe. Various tales describe the water sprites living in the rivers Drava, Sava, Mura, Krka, Kolpa, Sotla, Soča, and in the streams Ižica and Rašica, springs such as the Obirski stream, and lakes in Bled, Bohinj, the Wörthersee and Lake Cerknica.

The Water Sprite is present in many stories and folk fairytales. In some, people tried to catch him. When he was caged, he screamed that he will never reveal his knowledge of a secret treasure buried under some Slovenian mountains.

He Is very quick–tempered and fickle, yet he still has some kind of a moral compass, for he would only harm the vicious people.

When he got angry, he created waves and even rose on the surface and created thunderstorms and gusts of winds that sink ships and boats. In some sources he would kidnap kids and young women, taking them to his underwater castle.

Johann Weichard Valvasor wrote about the kidnapping of the maid Urška while dancing, in Ljubljana in 1574 (Valvasor 1689, XV: 460–461, 685). This “incident”, was translated into the poem Povodni mož (The Water Sprite) by the famous Slovenian poet France Prešeren. The poem recounts the tale of the Water Sprite who kidnaps Urška and takes her in the humming waves of the Ljubljanica River, for her snobbish, malicious and seductive behaviour.

Such stories can be found in almost every collection of folk narratives fairy tales or songs.

The Water Spring is a classic mythical character that I presented to my children in the kindergarten as well. We learned about him and the legends he comes from. 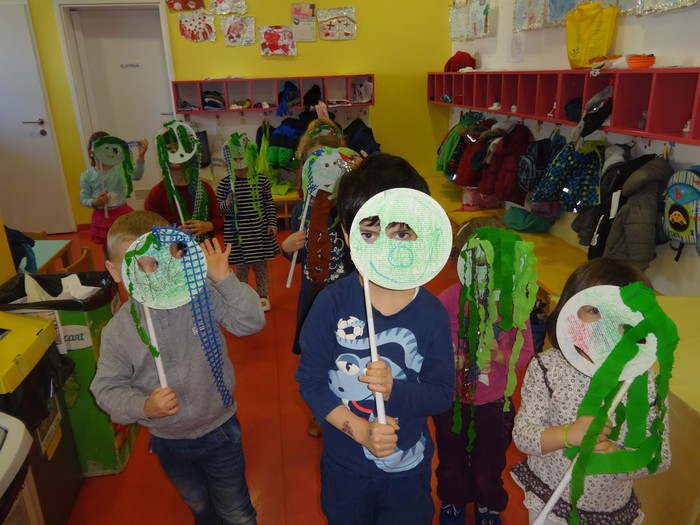 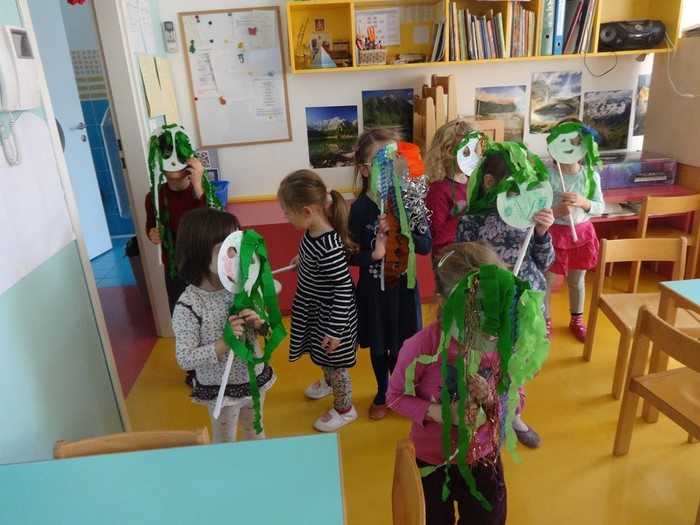 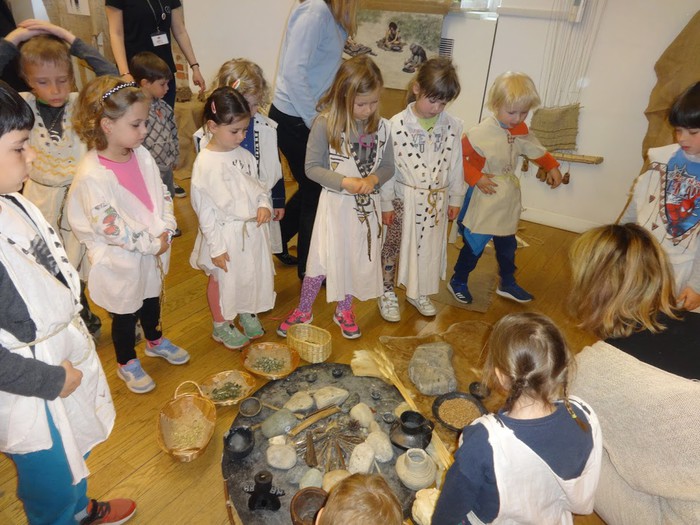 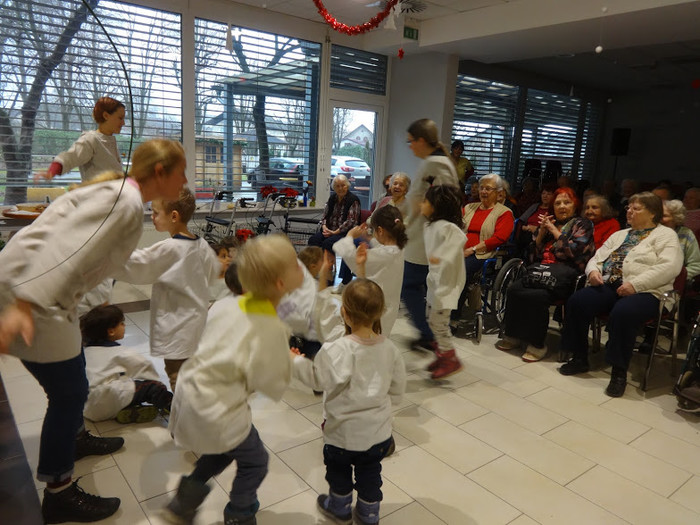 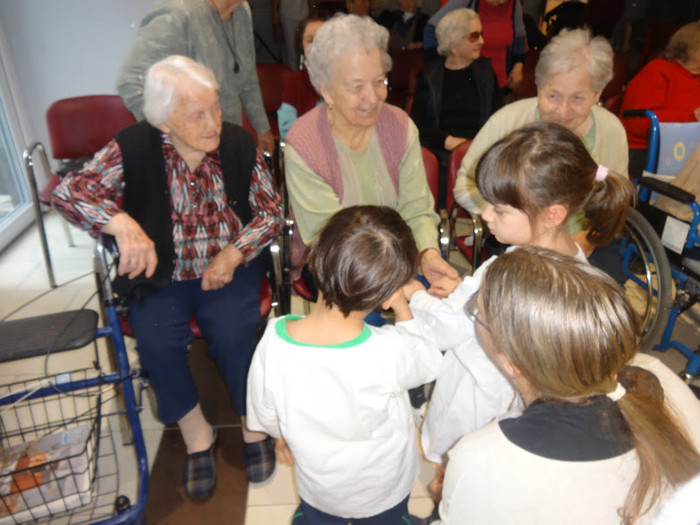 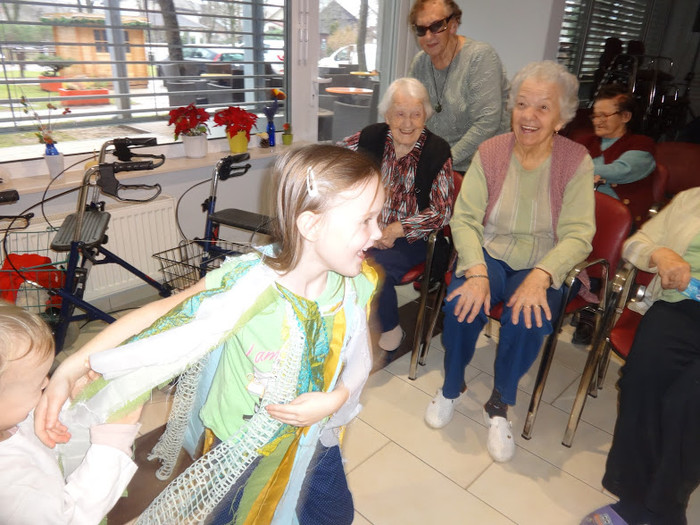 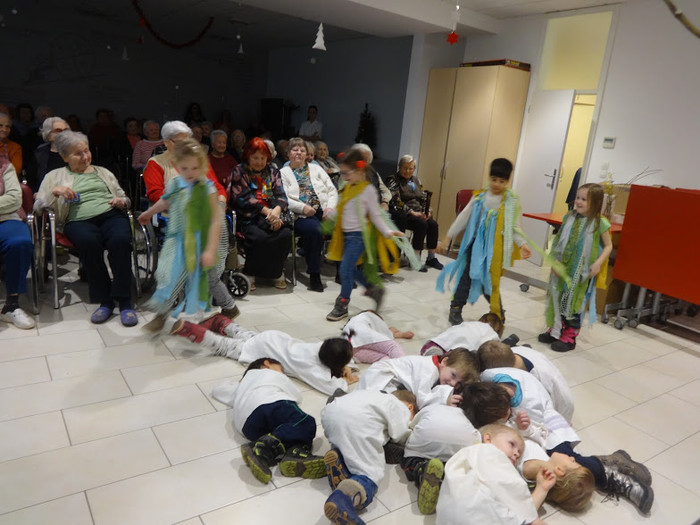 Creativity in teaching and training & how to use music, art, ICT and outdoor activities in education

You can find out more about which cookies we are using or switch them off in settings.

This website uses cookies so that we can provide you with the best user experience possible. Cookie information is stored in your browser and performs functions such as recognising you when you return to our website and helping our team to understand which sections of the website you find most interesting and useful.

Strictly Necessary Cookie should be enabled at all times so that we can save your preferences for cookie settings.

If you disable this cookie, we will not be able to save your preferences. This means that every time you visit this website you will need to enable or disable cookies again.

This website uses Google Analytics to collect anonymous information such as the number of visitors to the site, and the most popular pages.

Please enable Strictly Necessary Cookies first so that we can save your preferences!